Fine orchids are our only business at R. F. Orchids, and we’ve been doing it for fifty years in the same location just north of downtown Homestead. We have a magnificent selection of all types of orchids on display. Our staff is friendly, very knowledgeable and ready to help you find the perfect orchid expressions.

You’re cordially invited to visit the nursery and our lush tropical garden Tuesday through Sunday each week. The nursery and showroom is closed on Mondays (and a few major holidays).

We’ll greet you with a warm smile and the largest selection of flowering orchid plants to be found anywhere.

We are open 9am to 5pm, Tuesday through Sunday. Closed Monday. 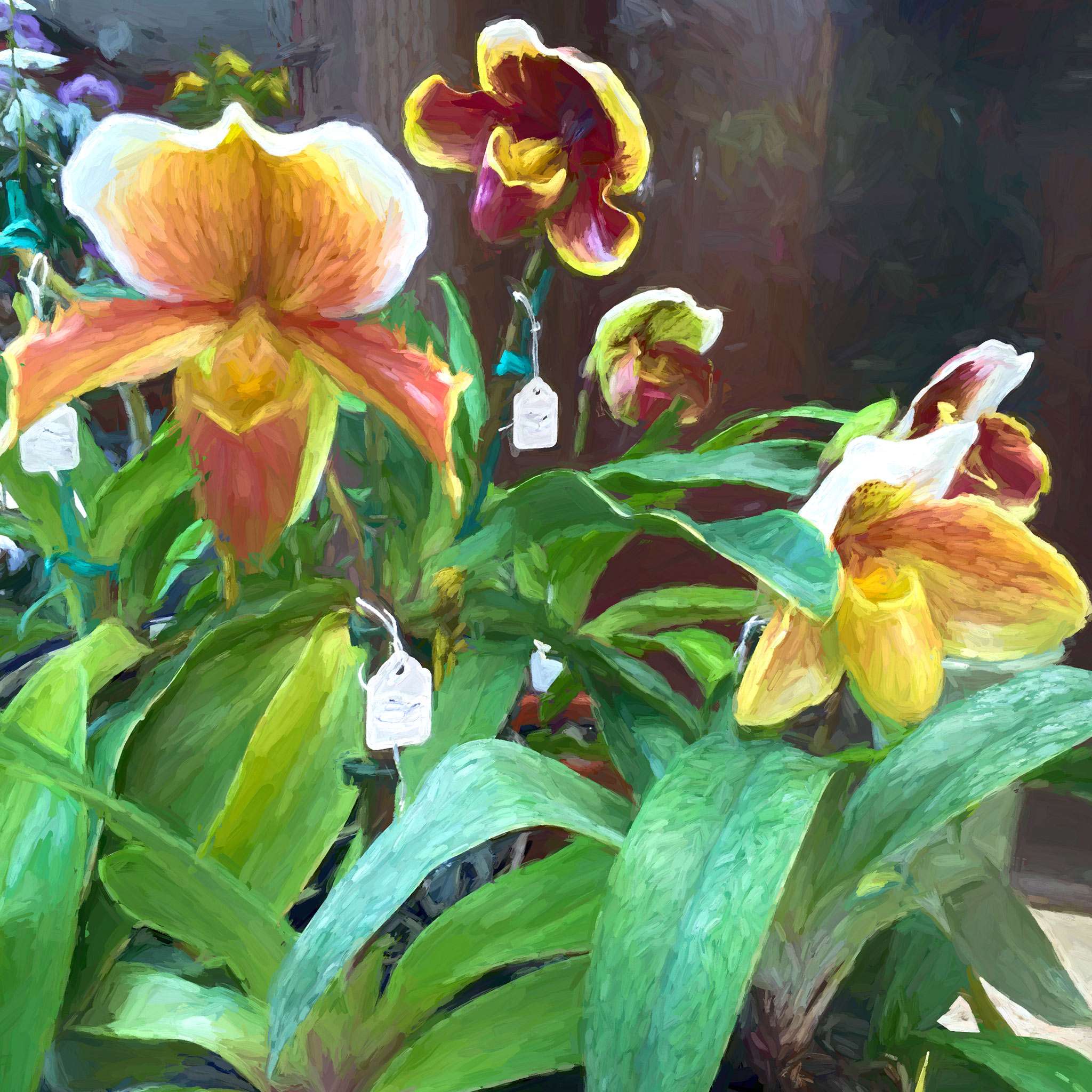 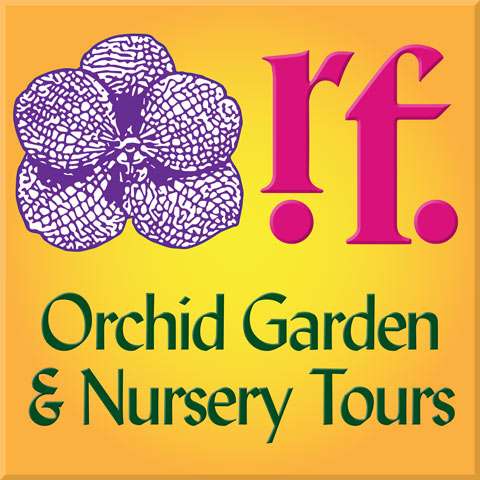 Go behind the scenes with a private garden tour and learn about the history of R. F. Orchids, the pioneer Fuchs family and the origins of this legendary orchid nursery operation.

You can join a tour at 11am and 3pm on Saturday and Sunday, weather permitting. No appointment is necessary… just come on down.

R.F. Orchids opened its doors in the fall of 1970 on a portion of Fred and Louise Fuchs’ 1921 homestead property.

Fred, Sr. and Louise ran their nursery together until Fred, Sr.’s death in 1969. Because of Fred’s ill health in the last few years of his life, the nursery suffered some decline during that time. In 1970 grandson Robert Fuchs graduated from Florida State University, and after graduation returned to Homestead and began a massive cleanup and renovation of the nursery. He brought in plants from his own collection, which had been housed at another site, and R.F. Orchids opened for business in December of that year. At that time, Bob’s official profession was teaching at Homestead Junior High, and the nursery was open only on weekends and afternoons after school. Juggling both commitments was quite an effort.

1984 brought the attention of orchid growers around the world to Miami, for the 11th World Orchid Conference and its prestigious orchid show. Much of that attention focused on R.F. Orchids when our plants won 12 individual medals and our exhibit won a Best In Class trophy. And most important of all, R.F. Orchids’ plant Vanda Deva ‘Robert’ was honored as the Grand Champion of the11WOC. This award catapulted us into international recognition and acceptance as one of the leading vandaceous orchid firms in the world. Bob retired from teaching in 1985 and incorporated the nursery. The nursery participates in several dozen orchid shows each year, many of them international shows outside the United States. Bob has written many articles for publication in Orchids, the prestigious magazine of the American Orchid Society, and in other distinguished international publications.

R.F. Orchids celebrated its 50th Anniversary in 2010. In the years since the nursery’s founding, it has won more American Orchid Society awards – more than 1,100 since 1985 – than any other nursery or individual grower. Those awards include more CCM/AOS awards for culture, given to the grower and not to the plant, than have been awarded to any other orchid grower in the world. Our plants have also won many FCC/AOS awards – the First Class Certificate, the highest flower-quality award the AOS grants, and Bob’s stunning show exhibits have won thirty Gold Medals, and forty-eight Show Trophies from the American Orchid Society for the Most Outstanding Orchid Exhibit at an AOS-sanctioned show.

The nursery has been featured in many national and international publications, including TIME, National Geographic, the New York Times, Casa y Estilo, Vanidades, and Southern Living, as well as local and regional newspapers and magazines.

In October, 1999, the City of Homestead presented Bob with the Key to The City, and proclaimed Robert Fuchs Day, in recognition of his dedication, hard work and contributions to the improvement of the horticulture industry in our community. In January, 2001, Bob was named Miami-Dade County’s Agriculturalist of the Year.

In February, 2012, Bob was honored as the first orchid grower to be inducted into the Florida Agricultural Hall of Fame. For a video chronicling Bob’s accomplishments, visit the Hall’s website.

In 2014, Bob was elected as a Trustee of the World Orchid Conference Trust, and to the Board of Trustees of the American Orchid Society.

Michael Coronado literally grew up at R. F. Orchids, having been with the firm since he was 13 years old. Michael Coronado is Vice President in charge of growing and hybridizing

He started out working in the greenhouses, repotting, staking, fertilizing, packing and shipping, later getting involved with exhibiting orchids and other facets of the business. In 1985, the firm incorporated and Michael became its Vice President. He is now Vice President in charge of growing and hybridizing.

Mike has traveled extensively around the world to keep abreast of the newest trends in orchid hybridizing, including the nursery’s specialty, vandaceous orchids. He has spent several months at the R. F. Orchids’ growing facility in Thailand learning techniques for the propagation and production of orchids for the international market.

One of Mike’s favorite activities is the design of private orchid gardens. He has designed orchid gardens for many important South Florida properties, including the outdoor façade of the Christian Louboutin boutique in the Miami Design District.

Mike has also designed interior orchid arrangements for South Florida notables including Cristina Saralegui, and he is manager of our flower shop at the Ocean Reef Club. He was also instrumental in developing R.F. Orchids’ “Orchid Camp,” a series of educational classes about orchid growing in South Florida. 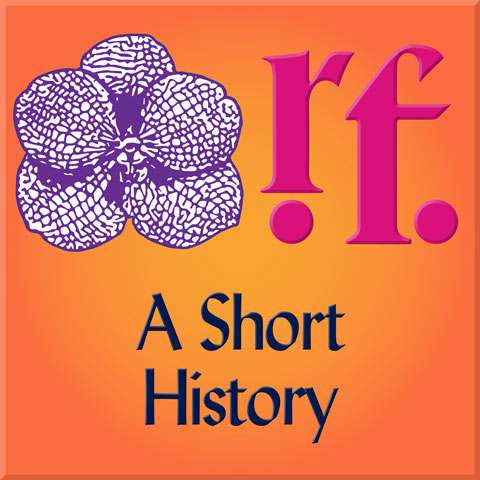