The Way We Were 3 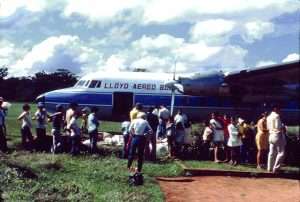 As a frequent visitor, Fred knew many (if not most) of the orchid growers and collectors in Central and South America. One of his contacts was Dr. Luis “Tata” Moreno of Santa Cruz, Bolivia, a retired military surgeon, who told Fred about some very unusual orchids that had been seen in the area. On a visit in the late 1960s, Fred met with Dr. Moreno and Mr. Jorge Gutiérrez, and discussed these orchids. Dr. Moreno showed him some photographs, and Fred was astonished at the size of the plants. He was sure this was an orchid unknown to science, and was certainly the largest “rattail” type oncidium ever discovered. Dr. Moreno gave several plants of this

new species to Fred, who brought them back to Homestead, with photos of the flowers, and grew them. Fred later purchased a number of additional plants of this species and brought those to Homestead, too. He intended to send flowers to the Marie Selby Botanical Gardens for identification, as soon as one of the plants bloomed.

As the habitat location was remote and very difficult to get to, Dr. Moreno employed a local villager to collect more of these plants for him and he amassed a good-sized collection of them.

John Stacy, an American Orchid Society (AOS) judge and orchid grower from the northeastern US, traveled to Central and South America often with Fred’s company. He was among the members of a group that visited Santa Cruz and Dr. Moreno in the very early 1970s. By then Dr. Moreno had enough of the plants to give one to each of the members of Fred’s collecting group, as it was not practicable for the group to get to the habitat for collecting at that time. Everyone agreed that if this were indeed a new species, it should be named in honor of Dr. Moreno. Meanwhile Stacy managed to purchase one more plant from a local villager, and he collected and pressed some flowers.

The group returned to the US, and John Stacy was successful growing and flowering the new oncidium Moreno had given him. Other members of the group also reported success with their plants. But Stacy, without informing Fred, immediately submitted his pressed flowers to Dr. Lesley Garay, a botanist at Harvard, for identification. He claimed he had discovered the plant in Bolivia, and Garay wrote the botanical description of this new species, naming it Oncidium stacyi in honor of the purported discoverer and giving Stacy credit for the discovery. 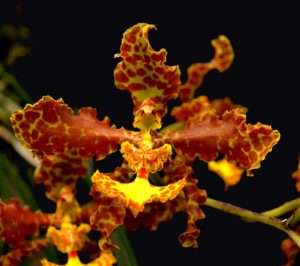 Fred found out what Stacy had done when he sent flowers to Selby. Botanists there informed him the plant had already been described, the description was published and it was “a done deal”. Fred contacted Stacy and asked him why he had sent flowers to Dr. Garay, when all had agreed the plant should be named in honor of Dr. Moreno. According to Fred, Stacy’s “arrogant” reply was, “Why not? The world’s largest rattail oncidium should be named for someone more important than Luis Moreno.”

So furious was Fred that, as his plants of Onc. stacyi bloomed and were recognized by the AOS, he expressed his anger by giving these plants particular cultivar names.

The first of the AOS-awarded Onc. stacyi plants was ‘Stolen Glory’, granted an 80-point Certificate of Botanical Merit (CBM/AOS) in March of 1973. 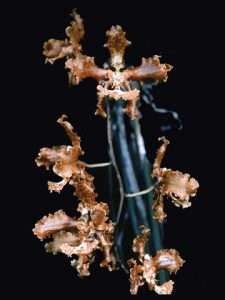 (This group of oncidium-relatives was moved to genus Trichocentrum in 2001.)

Stacy and Garay collaborated on some articles about the genus Oncidium (published in a Brazilian botanical journal) and Stacy authored two papers in the Harvard Botanical Museum Leaflet series (1975 and 1978). Garay is alleged to have defended naming the species for Stacy (“his friend”), stating that the Bolivians had known about the orchid for many years and never bothered to have it identified. Dr. Moreno agreed but said at the time, neither he nor Gutiérrez had any means of having it identified, no knowledge of how to have it identified nor to whom they could have sent it.

After the discovery of Onc. stacyi Bob traveled to the Santa Cruz area in 1975 with Peter Tilley and Steve and Sylvia Dolnick, orchid growers from Miami. They visited Dr. Moreno again, and because the group was small this time, they went collecting in an area where the local villagers had been collecting plants of Onc. stacyi. They split up, and Bob spotted a “beautiful specimen in a tree, with about 15 leaves…”  Peter stood on his shoulders and used a knife to gently and carefully remove the plant from the tree. They eased it down and wrapped it up. Several hours later they returned to the road and met up with the others in the group, and related the story of finding this magnificent plant. Steve (Dolnick) listened to the tale and then nonchalantly held up an even larger one…”Did it look as good as this one?” Steve and Sylvia’s plant was the largest they had ever seen, with leaves as thick as his little finger. It was “massive” (more than 60 leaves). Bob was delighted they had found it. The villagers in that area continued to collect these plants for Fred for some time.

The plant Bob collected, Onc. stacyi ‘Santa Cruz’ was recognized in 1980 with two awards from the American Orchid Society. 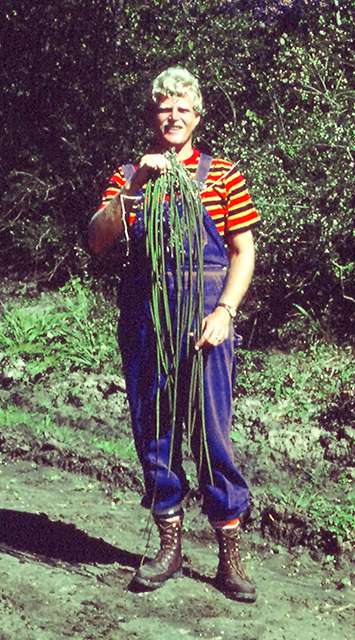 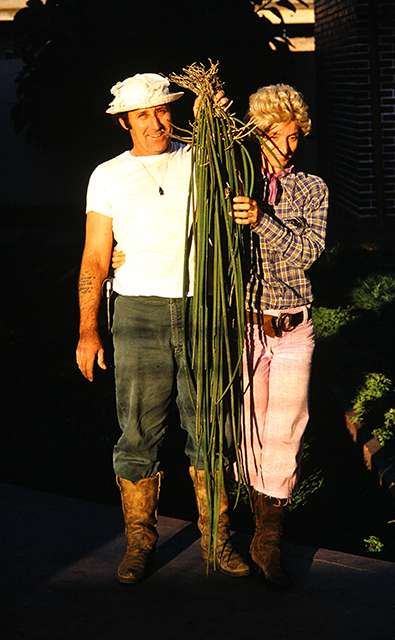 Steve and Sylvia Dolnick with their prize